Earthquakes in the last 30 days (Canada)

See the page:  What is Amateur Radio?

3.  Do I need specialised knowledge?

Not really.  You should have a basic knowledge of radio and electrical theory.  The level is about high school. If you do not have this knowledge, there are online courses and YARS runs a basic course annually that helps you learn the necessary knowledge to write the exam.

No.  You should have your own radio, even if just a VHF handheld transceiver.  These are relatively inexpensive and can be found second hand for under $50.  You should be able to get a new radio for under $100.  It is also possible to build your own equipment.  Even if you do not have equipment, you can always use another person's or equipment belonging to YARS.

5.  Can I broadcast on commercial broadcast radio?

Sometimes we get inquiries from persons who think that amateur radio is amateur broadcast radio and a way to gain experience with broadcast journalism or entertainment.  The amateur radio service is prohibited by law from carrying out broadcasts.  It is oriented more to the technical side of experimentation with radio waves and the sending of messages of a technical nature.  It is non-commercial and cannot interfere with commercial use of the radio spectrum.  Message traffic, for example, cannot be commercial.  Transmission of music or encrypted messages is illegal in the amateur radio service.  We are commonly referred to as HAMs - and yes, this is the hobby of your grandfather...but in the 21st century.

6.  What use is HAM Radio in today's Internet world?

Quite a bit.  Radio-communications, including amateur radio, and computing have been converging for at least a decade.  Never has it been so simple for an amateur radio operator to send digital communications using computers or to have sophisticated control over radios and directional antennas.  That said, while it may appear as though email has rendered amateur radio communication obsolete, it must be remembered that amateur radio operates independent of the infrastructure on which our modern society depends and takes for granted.  If the power goes out, there is no Internet.  Most operators have emergency power supplies (solar or wind).  Time and again amateur radio has been relied upon in the aftermath of natural and man-made disasters.

No.  But that said, YARS has discovered that in the North, Morse Code is a very reliable and viable method of communication.  It requires very little in terms of equipment and it is easy to make the necessary circuits.  Furthermore in terms of power it is very efficient and therefore one can use a small battery.  This makes it very portable.  For difficult atmospheric conditions, Morse Code seems to get through even when digital signals do not.  Do not dismiss this seemingly archaic method of wireless telegraphy.  Passing a 5 WPM Morse Code test may, in certain cases, allow you to have enhanced operating privileges on the HF bands for your class of licence.

CB or Citizen's Band radio is more correctly called the General Radio Service (GRS) by Industry Canada, the federal regulator of telecommunications in Canada.  Radio Information Circular RIC-18 - General Radio Service (GRS) outlines how this service is governed.  This service is exempt from licensing, but in terms of what one can do in the General Radio Service, it is very restrictive.  One cannot build one's own equipment.  One is restricted to Amplitude Modulation (AM) or Single Side Band (SSB).  There are restrictions on antennas.  There are power output limits (12 W PEP for SSB; 4W carrier for AM).  They are limited in range.  They are limited to 40 channels in Canada on the 11 metre band (26.965 - 27.405 MHz).  Contrast that with the amateur radio service which can operation using many more modulation techniques, interesting antennas, significantly higher power (in the range of kilowatts), longer range (across the planet or even extra-terrestrially - as in moon-bounce (EME) or bouncing signals off of Venus).  The amateur radio service also can make use of many more bands.

FRS or Family Radio Service and GMRS or General Mobile Radio Service are regulated by Innovation, Science and Economic Development Canada (ISED). SP 462/467 MHz - Spectrum Utilization Policy to Permit Licence-Exempt Devices in the Land Mobile Frequency Sub-bands 462/467 MHz outlines how this service is governed.  FRS typically operates on 14 channels (25 kHz spacing) from 462.5625 to 467.7125 MHz.  GMRS operates on 15 frequencies, 7 of which are shared with FMRS ranging from 462.550 - 462.7250 MHz.  FRS/GMRS can only operate in simplex.  For data transmissions, there are restrictions.  The antenna must be an integral part of the unit.  Once cannot use these to interconnect to a public switched telephone network (i.e. autopatch), for transmitting packets of data (i.e. packet radio) etc.  All circuitry etc. must be made in accessible to the user from the exterior of the device (i.e. no access and therefore no modifications).  There are limits on transmission times for digital transmissions.  Again contrast this with the amateur radio service.  This frequency range is just above the 70 cm band.  Again we do not have such limitations.

In short, the amateur radio service has much more flexibility and freedom to manoeuvre than CB, FRS or GMRS.  See:  https://en.wikipedia.org/wiki/Amateur_radio_frequency_allocations .

9.  Why not just use email or social media?

Email and social media are based on the Internet.  The Internet is dependent on public infrastructure.  Power is supplied by power and transmission lines from utility services.  The connections to the Internet are through cable or telephone systems.  All of this infrastructure can be and is often interrupted.  We have seen that with power outages, downed transmission lines, lightening strikes, Coronal Mass Ejections (CMEs), hurricanes, earthquakes, floods and human conflict.  Amateur radio is independent of such infrastructure.  Radio signals are bounced off the upper atmosphere.  Amateur radio operators have alternate power sources including solar panels, batteries and generators.  The Internet can be turned off or attacked - we saw this in the Arab Spring and more recently with cyber attacks by unknown parties.  We are seeing this now in April 2022 with cyberactivity surrounding the Russo-Ukraine War.  Amateur radio is resilient to such vulnerabilities. 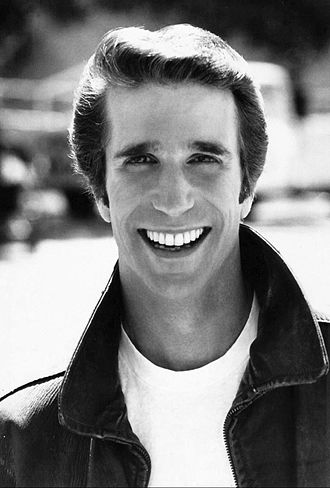 What is "geeky"?  Would the Fonz think it is cool (some might wonder "Who is the Fonz?")?  There was a time when those who owned their own "computer" were "geeky".  For a list of some famous HAMs, see http://www.dx-qsl.com/famous-ham-radio-operators.html or https://www.youtube.com/watch?v=zWKZ7uzlJYo .  Royalty, captains of industry, astronauts,  actors, engineers, inventors etc.  All we can say is: "Ham Radio?  But look, all the cool people are doing it..."

We have 102 guests and no members online